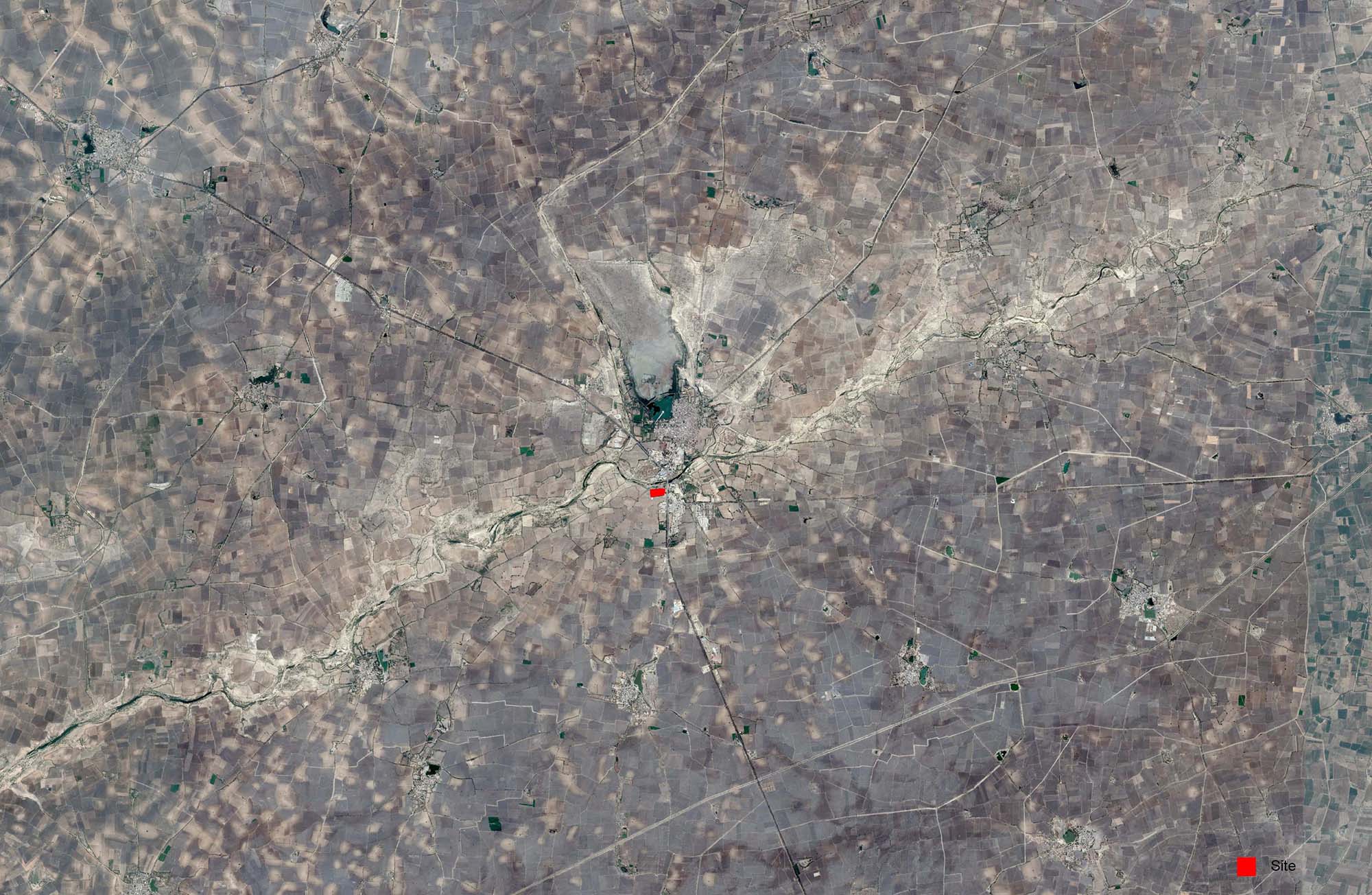 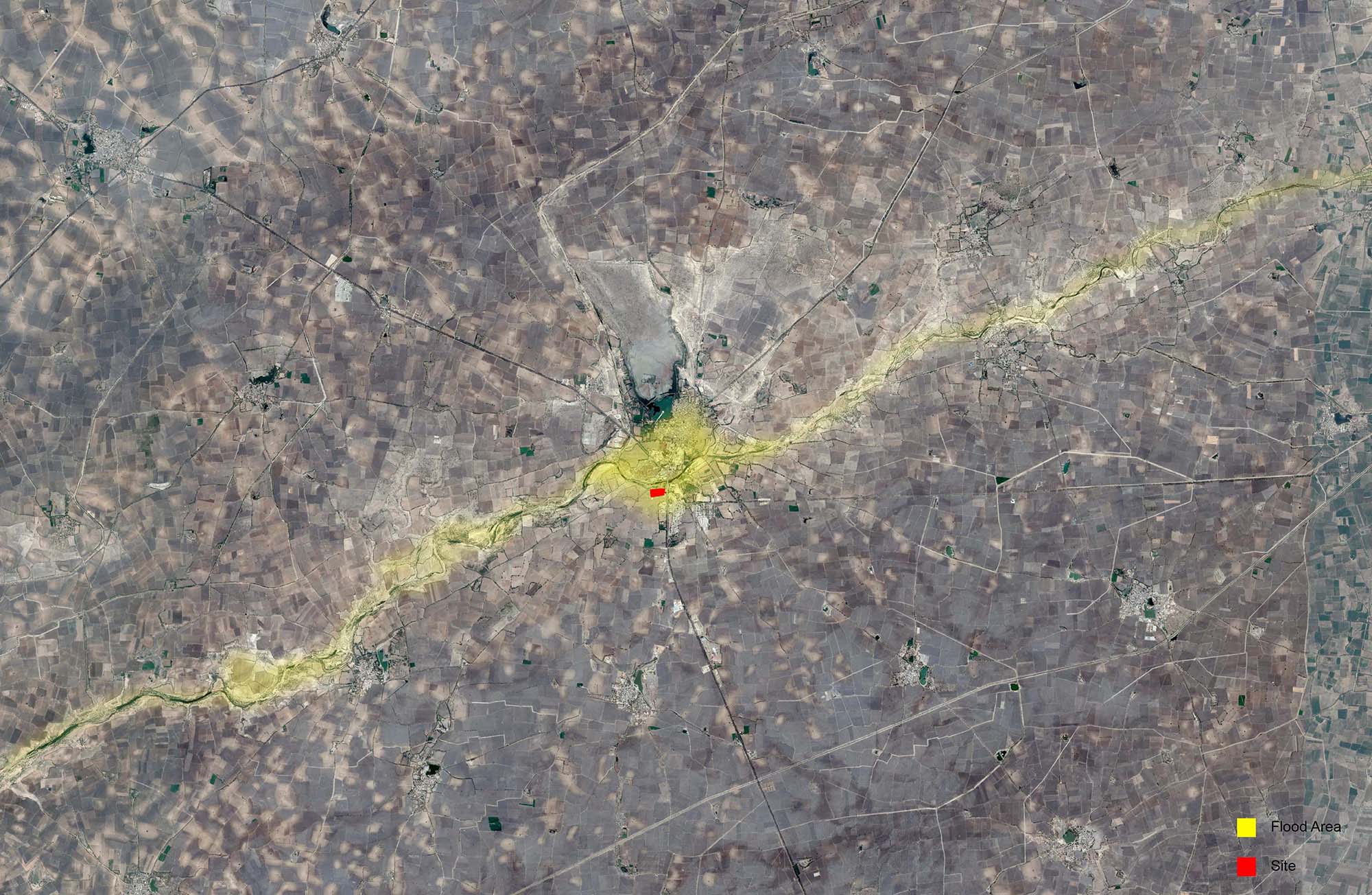 The School for the trust is located in a Rural part of Ahmedabad district with the cotton gin factories in the locality. The Site is situated on the large plot, off the state highway that leads to the village. The river separates the site and the village. Throughout the year the river is dry sand plain. The dammed river floods the entire village for 1 week in a year. Thus the new building is elevated from the normal plinth level allowing the new building to be unaffected by the seasonal flood.

The site has an existing hostel situating in an L-shaped academic building. The new school building will house the high school that is currently run in the same L-shaped building, thus allowing for the academic and hostel facility to separate. The new school building site is in the front of the plot to keep the main road access prominent, as the students come from about 20km radius of villages. 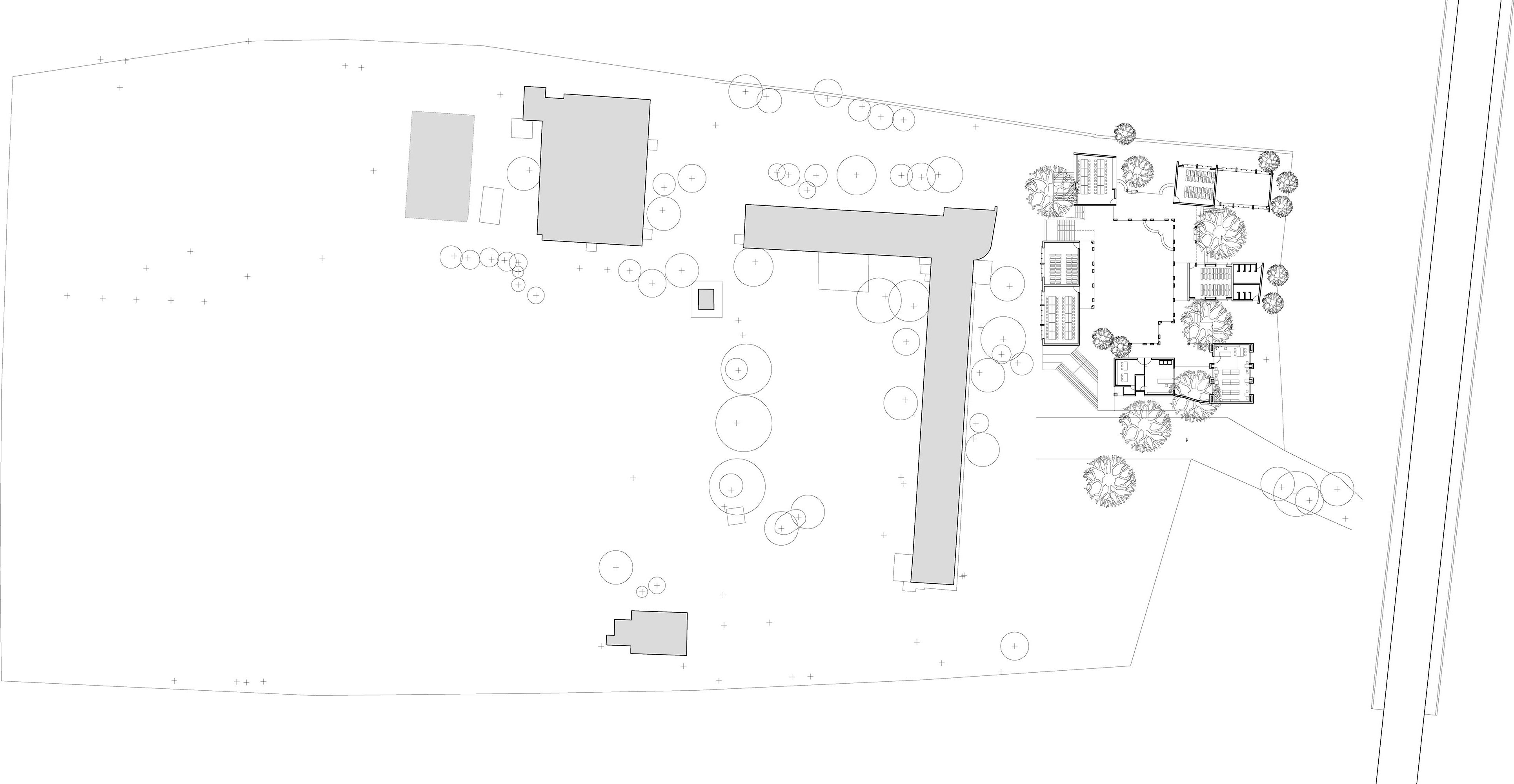 The school is lifted on stilts creating shaded spaces to inhabit at the ground level apart from the strict education curricular activities. The ground works as the outdoor classroom, playscape, amphitheater, a breakout space. Multivalence of spaces has been the core principle of design since the start. However as the act of building is expensive in a country like India, the ground will be inhabited first than building the second floor. The position of the future classroom and in which sequence they will be made plays a major roll in keeping the architecture of place in place over time and not lose the quality of endless, directionless ground level.

The addition of classroom is thought about as sequence that blocks the certain axis and decreases the sense of depth on the ground level, like a being growing slowly. The theatrics and perceptual play of depth control how one builds on the ground level, keeping the sanctity of the principle of design.

The New school building finds its roots in the structuralist way of plan making on modules and connectors. The different scales of the courtyard makes and breaks the place. The classrooms are organized around the existing neem trees that are roughly 60 to 70 years old, creating an interval of shaded courtyard after each classroom. The shaded courtyards thus become the breakout spaces and the unprogrammed open spaces that are left to students imagination to utilize. The classrooms are connected by a covered passage that extends into the courtyards. The central court becomes the arrival court as well as the gathering of open space that can be used for functions and school events. 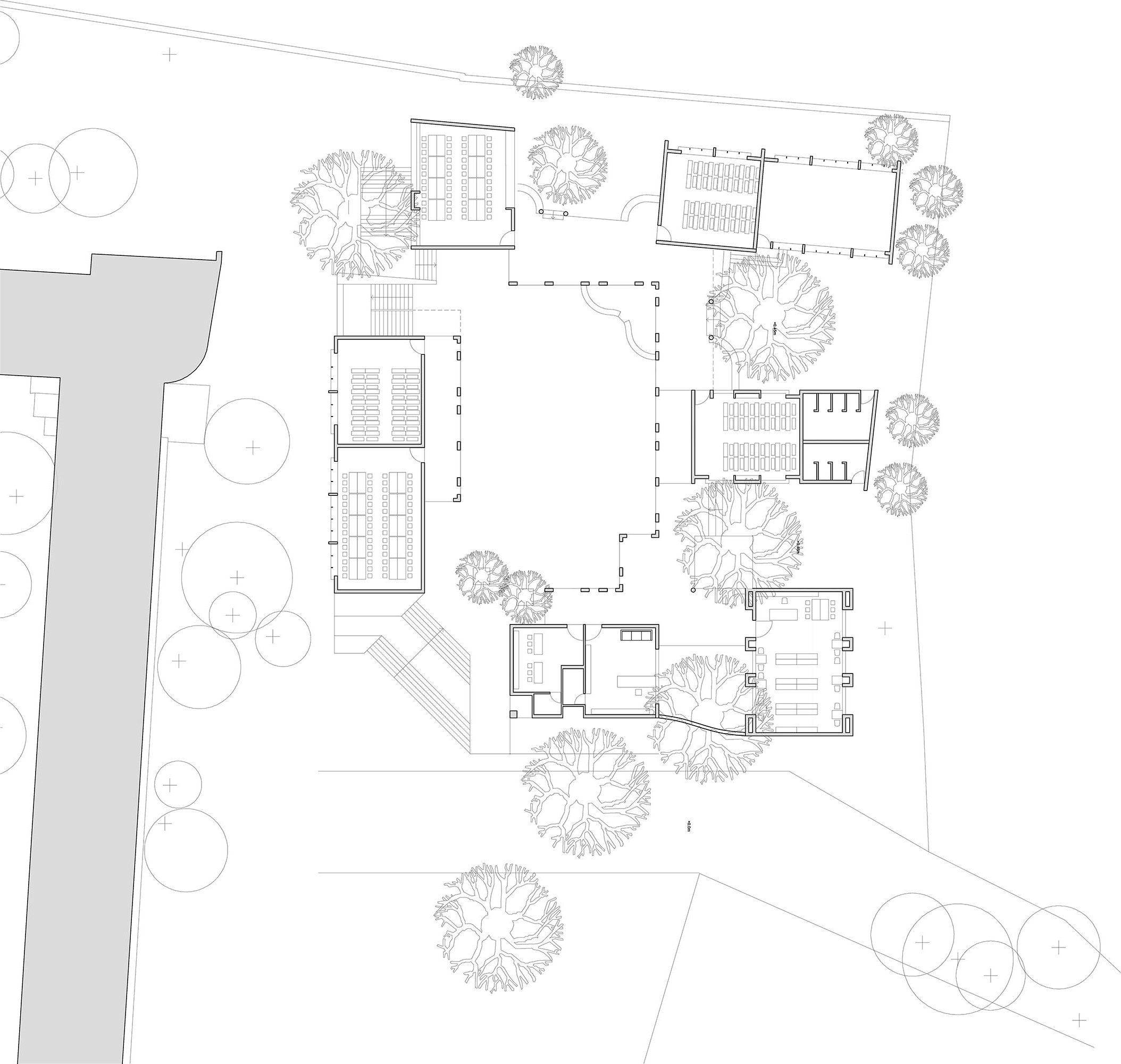 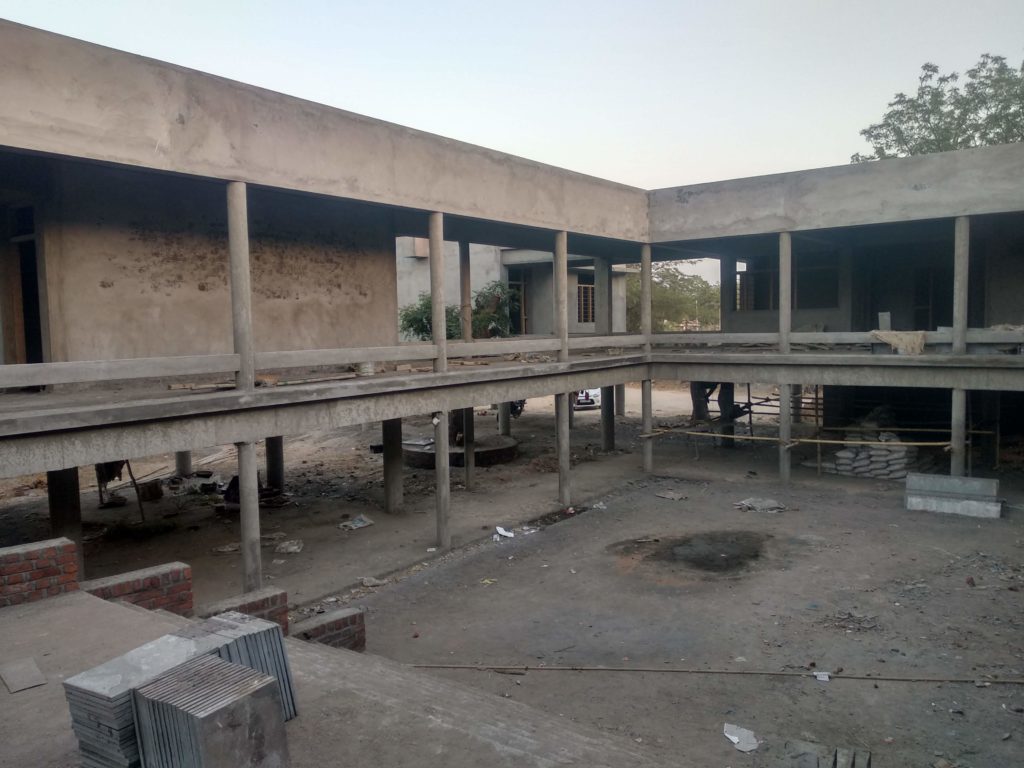 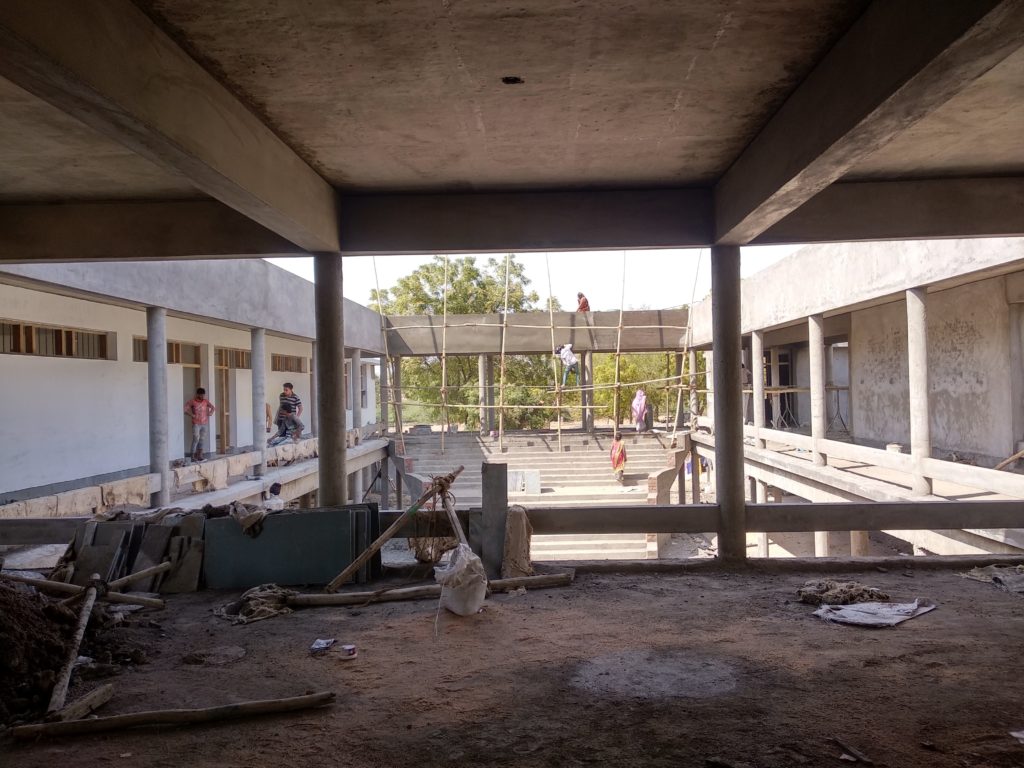 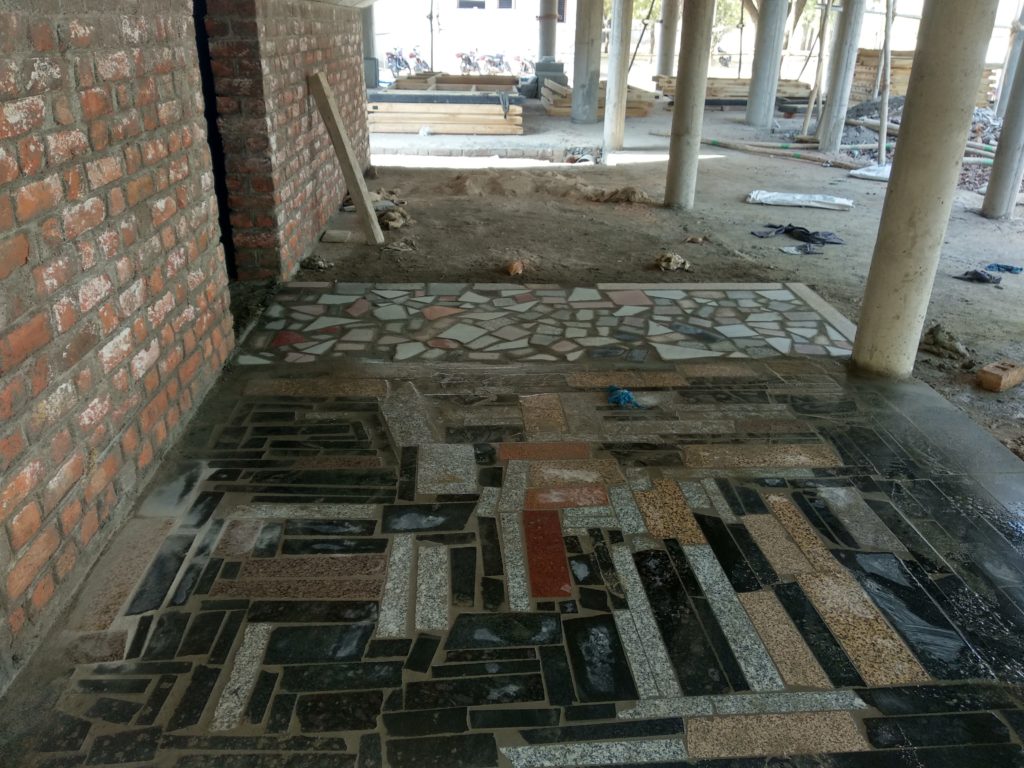